The intense suffering caused by racism and sexism have led many people to take to the streets in an effort to bring about change, with feminist protests in the Spanish speaking world earlier this year and anti-racist protests following the murders of Breonna Taylor, Ahmaud Arbery and George Floyd.  We would like to express our solidarity with all those taking any and all peaceful steps to bring an end to both forms of violence, racism and sexism. As Buddhist nuns, we have been reflecting on and speaking out on both; we invite you to do the same, and to explain why.

Buddhism as we understand it is a collective project to understand ourselves in such a way that we stop treating those who are not ourselves as Other, but connect through empathy, lovingkindness and a profound awareness of our interdependence and radical equality. In other words, we see it as a shared project to end ignorance by developing compassion and wisdom.

The ignorance that Buddha described involves exaggerating the differences between self and other and under-emphasizing what they share, placing the self in the center and keeping the other in the margins or in the background, and reifying and overlooking the internal diversity within oneself and among those who are other to oneself. This ignorance forms the basis for both hatred and the desire to control or possess the other. The workings of ignorance, hatred and desire can be studied within the individual self and its personal relationships, as well as within the society and the domination of some groups by others. Racism and sexism are two major ways that ignorance manifests to marginalize, Other and subordinate some groups while placing other groups in an apparently natural position of superiority.

Comunidad Dharmadatta believes that actively working to end racism and sexism in ourselves and our communities is not an optional activity that can be left to activists or something we might do eventually once we have first liberated ourselves from our own suffering. We see identifying, opposing and ending racism, sexism and other forms of systemic oppression as an integral part of our spiritual practice. We will never be liberated while we see others through racist and sexist biases. Our internalized racism and sexism are the stuff that make up the dreams—the nightmares—from which we all need to awaken together. 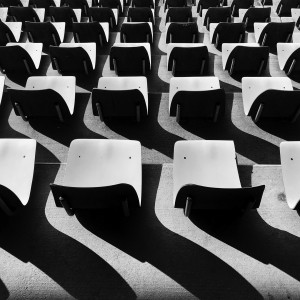